Design Sammelan is a platform where we host/invite experts, researchers, academicians and practitioners from the field of HCI and Design.

A talk about bringing human centred design and complex systems thinking together to make living at home better.

Ruchin is a Senior Interaction Designer at Frog Design, Bangalore. By working in multidisciplinary teams, he has designed experiences across touchpoints and channels for an array of clients such as IBM, Google, HSBC and Tata. Ruchin’s work has featured  in international conferences like UX-India, IndiaHCI, Icograda, Typography Day, IIT-B Tech-Fest and national media such as the Times of India, DNA and Kyoorius Design Magazine.

His talk focussed on the different perspectives involved in designing for smart home living. With interesting use cases such as ‘ A tech-savvy family member’ as an expert user onboarding the other novice users, there are design decisions at play at such levels. He explained key challenges such as the need for a ‘seamless experience’ overstepping exploration because of protocols. Most users don’t completely understand smart home technology, but find it ‘super cool’. He also pointed to the lack of usage of these devices often towards poorly understood conditions, cultures and contexts.

Interestingly, while automation appears promising for all aspects in a new-age home, the developments in the field are novel. He pointed that we are at step one for automation – through control over timers and lighting. What if there were checks to a tap left open? While possibilities appear endless, usability calls for standardising how to interact with devices universally.

The usage of these technologies have begun from homes, expanding to offices, buildings and potentially cities. However, it is a faraway story because technology and statistics don’t talk to each other. A mobile app not made for smart home living, yet connecting systems together would not be known to a user naturally. The distinction between Surveillance and Privacy becomes increasingly important to observe.

There is a clear distinction for the kind of users for this technology at the moment- namely tech-savvy people. Smart technologies rarely factor in for people who may not be educated.

Amit Das, the VP of design at Cuddle.ai, ex VP of Design at UrbanClap and Housing hosted the second talk of the Design Sammelan Series. Amit Das is a coder, a leader and a data enthusiast.

In this talk, Amit presented foundational grounds that inspired his team to define the future of enterprise business analytics. He explained that any analytical system must function as quickly as the human perception by giving the example of the perception of the image of a tiger where the immediate response of a human brain is to ‘run’.

He gave us an in-depth look inside the design process at Cuddle.ai where they are shaping data visualization taking advantage of consumer digital product experiences and first principles. He shares how simplification is the key to data consumption and how the simple solutions are the ones that have the highest impact. Amit Das also presses on empathising with the business users by really understanding their needs. He explained how making the profile picture of an UrbanClap technician larger on the UI helped customers feel secure about the service they received.

Amit Das concluded the talk with the realisations that it is imperative to collect data to design for data. The success of any data visualisations lie in understanding how people are using the data.

Healthcare in Design and the Process at Phillips

He also went on to speak about how Philips as a company works and manages healthcare requirements through design frameworks. This helped students understand the industry of healthcare and the role designers adorn. He carefully explained the different teams and projects that the company has and how they tackle different design problems.

He mentioned how Philips has a program called ‘The Innovation Project’ where design employees come up with their own projects and pitch it to the rest of the design team. Based on interest levels, different groups are formed and these groups work on these projects for a couple of months to showcase the various outputs. This encourages creativity and collaboration in the team and allows the employees to work on other projects that interest them.

Abhimanyu was extremely warm and welcoming to questions from the students. Some of the questions involved how they tackle healthcare in rural areas wherein came the reply that Philips is actively working to increase healthcare access in rural areas as well and for this, continuous research and analysis is ongoing. 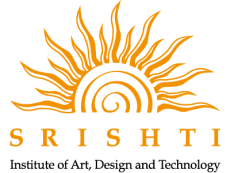